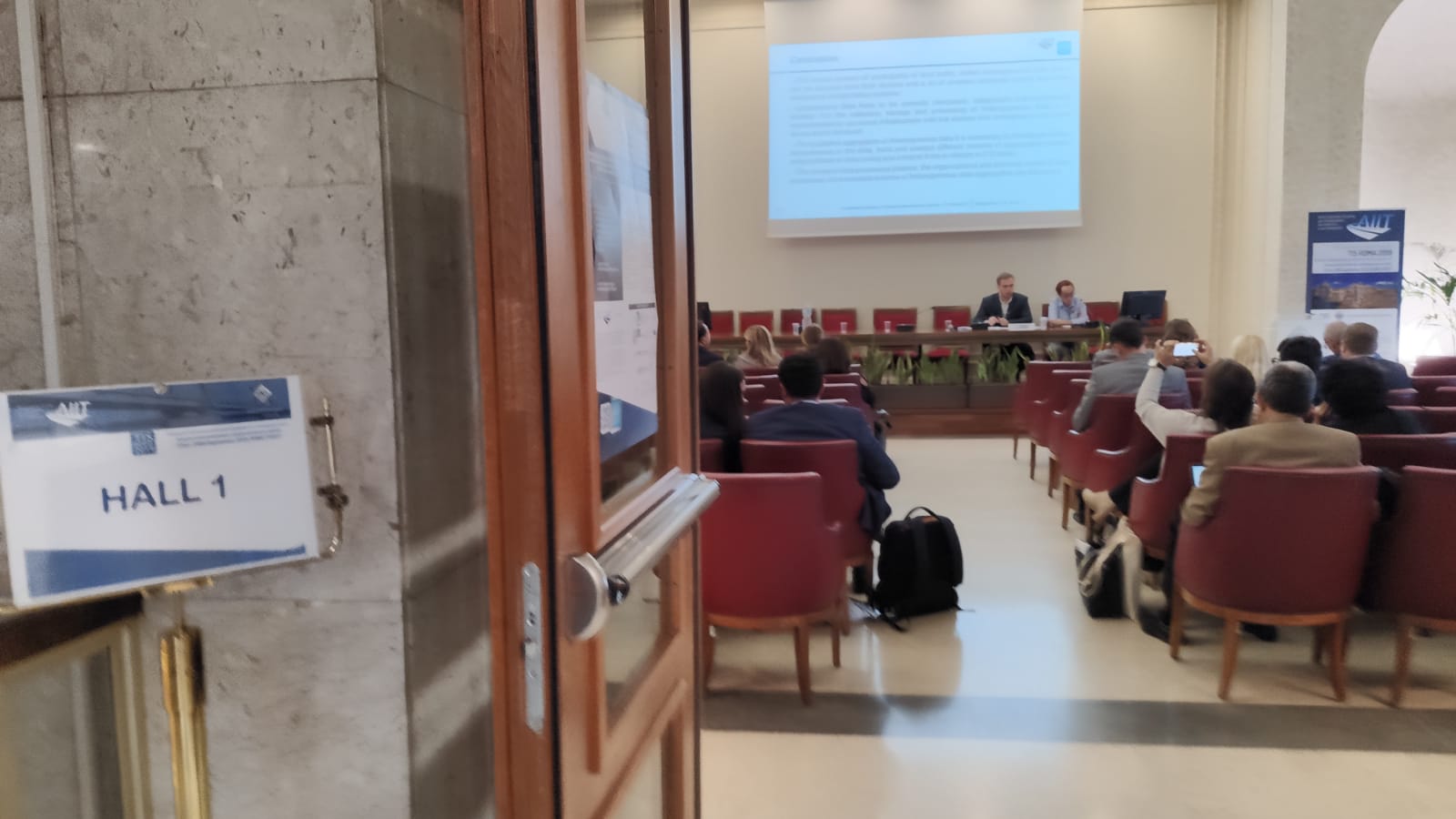 How continue GPS, sensors and video data collection could be used in transportation planning? In this session, from different speaker’s point of view, an answer is given.

Alexander Galkin and Anton Sysoev – Formalizing Criteria of Intelligent Transportation and Logistics Systems Functioning / Relator Alexander Galkin presented approaches to formalize a multicriteria optimization for the functioning of transportation systems. Modern intelligent transportation systems, in fact, are complicated objects using adaptive control algorithms. These algorithms are based on sources of observation consisting of heterogeneous parameters describing functioning of the system, as well as retrospective information about the system behavior. The quality of management decisions depends on the good formulation of criteria for the functioning of the system and their optimal values.

Michal Urbánek, Vladimír Adamec, Barbora Schüllerová and Jiří Kohoutek – Risk identification of implementation of ITS to real traffic / For Michal Urbánek, the use of smart technologies such as Internet of Things, BigData, Artificial Intelligence and so on, requires strengthening or even creating a new communication infrastructure in the field of traffic. So they discussed the risks of ITS implementation by analyzing the current state, identifying the key risk factors and showing possibilities in reduction of these risk using system methodology. It can be assumed that this transformation will be time-consuming, not only in policy and construction areas, but also in putting these systems into operation. In this meantime, when smart and non-smart systems will come in contact, there should be expected risk situations, that could cause difficulties for large-scale ITS to emerge, for example for large cities.

Gaetano Fusco, Chiara Colombaroni and Natalia Isaenko – Analysis of Road Safety Speed from Floating Car Data and Their Possible Use in a V2V Environment / Considered that nowadays a huge amount of data is available on individual vehicle speeds and trajectories collected as Floating Car Data (FCD) but they are not combined with road parameters to derive information on how drivers perceive the infrastructure and behave when traveling on it. So, they presented a methodology to evaluate the consistency between drivers’ behavior and a theoretical safety speed determined from road geometry. The azimuth profile is progressively built for a road layout, based on the geometry described by a digital graph. Consecutive elements with the constant azimuth variation are identified as circular curves and their radii are computed by circle fitting. The safety speed with respect to longitudinal stability is estimated. The obtained safety speed is then compared to the distribution of speeds observed from about 200 million FCD collected on the regional road network of Latium. The obtained results permit to individuate critical points of the network in terms of road safety.

Sylwia Pogodzinska, Mariusz Kiec and Carmelo D’Agostino – Bicycle traffic volume estimation based on GPS data / Carmelo D’Agostino presented a method of estimation based on GPS data from a bike sharing system as a low cost option for data collection. Analyses were made for city of Krakow (Poland), using daily volume of bicycles from 9 automatic counter loops and GPS data from bike sharing system called Wavelo. It was shown that examined share is not significantly different between individual days of the week, but changes significantly between analyzed locations. The results of the studies show that bicycle traffic volume can be estimated based on GPS data from bike sharing system. However, it is necessary to carry out control measurements to verify developed models and their possible application in other locations.