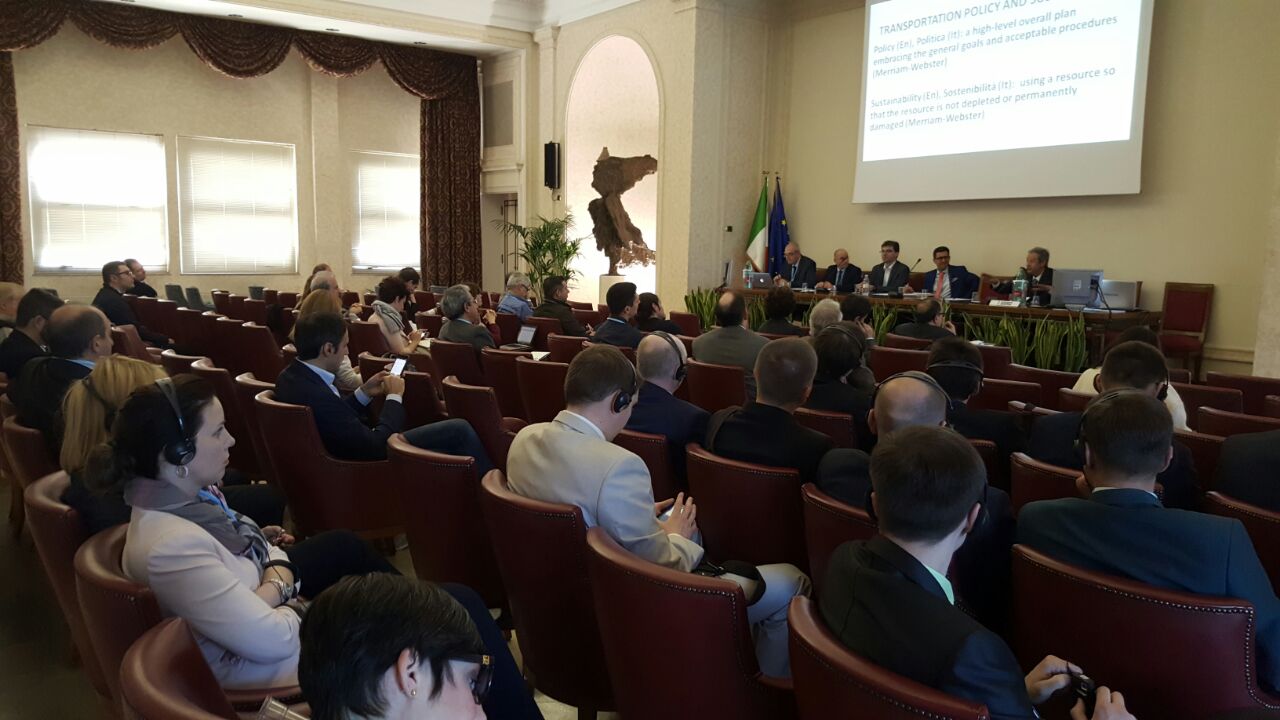 Transportation policy and planning were the main issues discussed during the first session of the TiS Congress chaired by Cesar Quieroz (World Bank). The papers discussed during this session presented various experiences of Public Private Partnerships in different countries, including significant examples of infrastructure and transportation systems planning  both in urban and in extra-urban contexts.

Marcello Petrangeli, Francesco Longo and Sonia Gregori – New methods to implement road concession through ppp initiatives: a case study / During the last four years, ANAS International Enterprise, a subsidiary company of the Italian Highway Agency, has been appointed for assessing the feasibility and comprehensively structuring of road concessions, through the implementation of a PPP initiative, for a large part of Colombian road network. The study of this case shows that the implementation of an innovative concession system allowed the transfer and application of best practices in various sectors. In addition improvement on the following aspects have been achieved: innovations in construction, technological innovations, innovations in financial structuring. In this paper, the Authors describe the concession implementation process, by focusing on criteria adopted and highlighting main criticalities identified.

Nozomi Nose, Cesar Queiroz and Manabu Nose – Fiscal Commitments to Encourage PPP Projects in Transport Infrastructure / Different types of fiscal commitments to public private partnerships (PPP) can be effectively utilized in the preparation and implementation of PPP projects in transport infrastructure, including roads. The types of fiscal commitments include direct public financial support for projects and contingent liabilities through provision of guarantees and use of risk mitigation instruments offered by international financial institutions. In transport PPP projects, it is important to identify associated risks and allocate responsibility for the identified risks between the public and private sectors. The fiscal commitments discussed could be utilized to mitigate the risks in order to attract private sector investment to PPP road projects.

Cesar Queiroz and Paul Reddel – Governance Related Success Factors in Public Private Partnerships / On the premise that good governance can lead to a more successful PPP project, competitive selection of the concessionaire, public disclosure of relevant information, and regulatory oversight of the concession contract, are key requirements in PPP projects. Moreover an appropriate legal framework helps reduce the need for public sector guarantees, thus facilitating the transfer of risks to the private sector.

Ireneusz Celiński, Grzegorz Sierpiński and Marcin Staniek – Sustainable development of the transport system by rationalizing the transport tasks on the basis of specialized travel planner / In recent years, the parameters that determine the demand in the transport network are available thanks to information technologies (ICT). Such information is available in relation to the location of demand generation and absorption, motivation of travel and others. Dynamic parameterization of demand for public transport is the possibility to accelerate the sustainable development of transport. Accurate knowledge of the processes that shape / promote public transport demand allows to rationalization of transport tasks. GT Planner is a specialized multimodal travel planner demand, measurement of demand realized with it closely reflect customer expectations about transport system and thus allows to realize sustainable transport development (reasonable and community expected).

Francisco Enrique Santarremigia, Gemma Dolores Molero, María Deseada Esclapez and Samir Awad-Núñez – Total management tool oriented to carbon footprint reduction in terminals of containers / The development and implementation of a methodology addressed to managers of terminals of containers and port authorities that allows the selection of container handling equipment (CHE) that best fits the characteristics and needs of each terminal, removing the not viable alternatives according to its specific boundary conditions. The methodology is based on the fact that the kind of CHE used in the terminal defines the design of the layout, with a direct incidence on the environmental impact, the safety and the cost efficiency associated to the facility. This method evaluates by means of Analytic Hierarchy Process (AHP) the layouts linked to straddle carriers, forklifts, reachstackers, platforms and gantry cranes. To make easy the implementation of the method, a graphical user interface (GUI) has been developed considering four different scenarios.

Andrea Spinosa – Enhanced financial analysis to evaluate mass transit proposals in terms of contribution on resilience increasing of urban systems / The Enhanced Financial Analysis (EFA) approach considers the Public authority as investor and manager of a planned infrastructure. Revenues come from fare and savings on current health expenditure. The model explores the morbidity of some peculiar diseases of which there is an identified cause-and-effect pollution (direct and indirect) and air quality. The avoided health expenditure is measured by health services that will not be paid out in the medium and long term compared with the do-nothing scenario. EFA allows introjecting some aspects that usually are relegated to the economic analysis, but are part of the current spending of the funder. This realizes a comprehensive financial analysis of the possible alternative technologies for a mass transit corridor, correcting the bias that may arise on the electrical transport – even on the rail transport – compared with apparently less expensive choices.