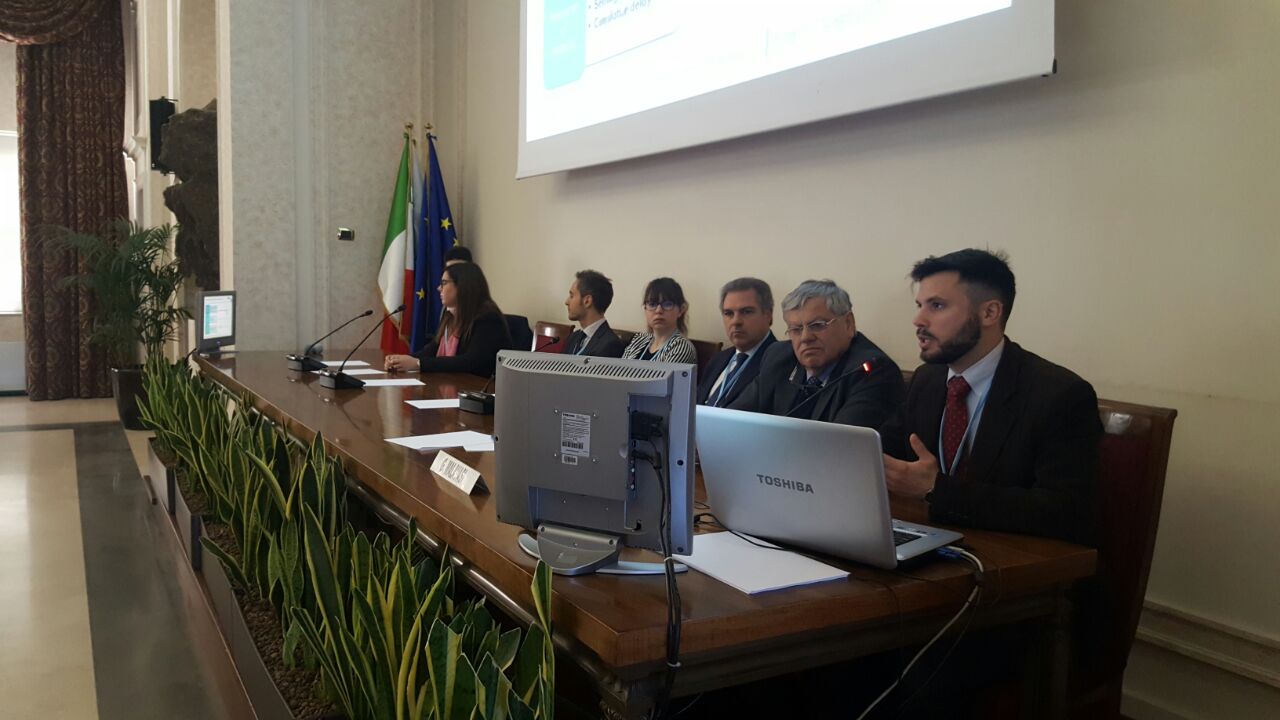 The new trends  of railway design have been discussed during the 10th session of the TIS congress. The Chairman (Professor Malavasi) introduced studies from various authors, presenting recent experiences of railway transportation systems design and management.  The problems of railway safety were also deeply investigated during the session.

Alessandro Focaracci – Safety in the iii valico tunnels / The III Valico dei Giovi is part of the European Genoa-Rotterdam corridor and is characterized by the presence of several tunnel sections including the double-barreled Valico tunnel with a length of 27 km and the Serravalle tunnel with a length of 7 km. In recent years the issue of tunnel safety has been the subject of specific laws, both at the national level. The safety design, based on in-depth analyzes carried out by means of fire and exodus models and probabilistic risk analysis, has led to the definition of the functional layout and performance specifications of safety systems, and the development of a final plan that from an operational safety point of view is among the most advanced in Europe.

Gabriele Malavasi, Stefano Terribile, Paola Firmi and Annalisa Pranno – A water curtain-based wayside protection system for tunnel fire safety / In the last years, the tunnel fire safety has played a key role in the railway operations and many procedural and technological improvements have been realized in order to prevent and mitigate the fire risk sources. This work presents the possibility of application of the water curtain-based fire protection system, as one of the auxiliary systems for improving and upgrading the fire safety in the railway tunnels for the smoke compartmentation (the passenger’s evacuation), has been studied and analyzed. In this context, two simplified Computational Fluid Dynamics (CFD) models, developed respectively with finite element and dynamic simulation, have been compared in order to simulate different fire scenarios and to assess the water curtain-based fire protection system performances in terms of efficiency against the toxic smokes and gases propagation into the railway tunnel.

Angela Carboni and Francesco Deflorio – Quality and energy evaluation of rail-road terminals by microsimulation / The research is focused on a method to evaluate the quality and energy performance of inland freight terminals, using a quantitative approach based on traffic microsimulation models. The transport of goods should meet requirements of environmental sustainability and combined transport can be an eco-friendly option for medium/long distance connections, in which the railway mode can provide its efficiency if properly accessible. The analysis of the terminal aims at quantifying Key Performance Indicators (KPIs) by traffic microsimulation. The model is used to compare the chosen indicators in different scenarios, varying the arrival rates for trucks and reducing the duration of check-out and cranes operations.

Massimiliano Bruner, Daniele Cortis and Gabriele Malavasi – decoupling of wheel-rail lateral contact force from wayside measurements / This presentation showed an experimental method to estimate the wheel-rail lateral contact force starting from the measurement of the strains on the rail foot surface. The experimental measurement system is composed of four shear strain gauges symmetrically arranged on the rail foot and connected together through a complete Wheatstone bridge. A suitable combination of the recorded strains is able to reproduce almost the same continuous signal of the applied lateral force decoupling the effects from the vertical one. These studies, based on finite element simulations and laboratory tests, show the possibility to find a constant ratio between the applied lateral load and the recorded strains on the rail foot.

Manuela Esposito, Serena Andrisani, Francesco Saverio Capaldo and Bruna Festa – An application of the parallel gradation technique to railway ballast / Minimizing the decay phenomenon of ballast performances is essential to preserve over time its functions and substructure ones. The track design usually ignores the degradation of ballast and associated plastic deformations resulting from the passage of many wheels. This limitation involves an oversimplified design of the ballast and technological deficiencies in the construction. A good understanding of the ballast behavior and parameters that control its performance will help reduce ballast maintenance costs preserving, at the same time, “effectiveness” and “efficiency.” The aim of this study is to characterize the ballast by means of experimental tests, in order to assess the resilience modulus provided by dynamic triaxial tests, simulating the passage of the wheels, with the final goal to obtain a scaled down grading curve compatible with the available equipment, keeping shape of the particles, surface roughness and mineralogical nature.

Fabrizio Cerreto, Steven Harrod and Otto Anker Nielsen – Delay estimation on a railway line with smart use of micro-simulation / The aim of this work is to formulate a model to describe the delay on a railway line. Researchers formulated a simplified delay propagation model to derive the individual delay of a generic train at a station. The model makes it possible to compute the total delay on a railway line with very limited use of micro-simulation, with yet high accuracy. Microsimulation is used only for the initial model calibration. Previous studies proved the validity of the model on suburban railway lines. This is significant in the future development of models to analyze timetable stability and robustness. The model will allow fast and accurate analyses of the timetables, by estimation of the total delay with different primary delays as input.