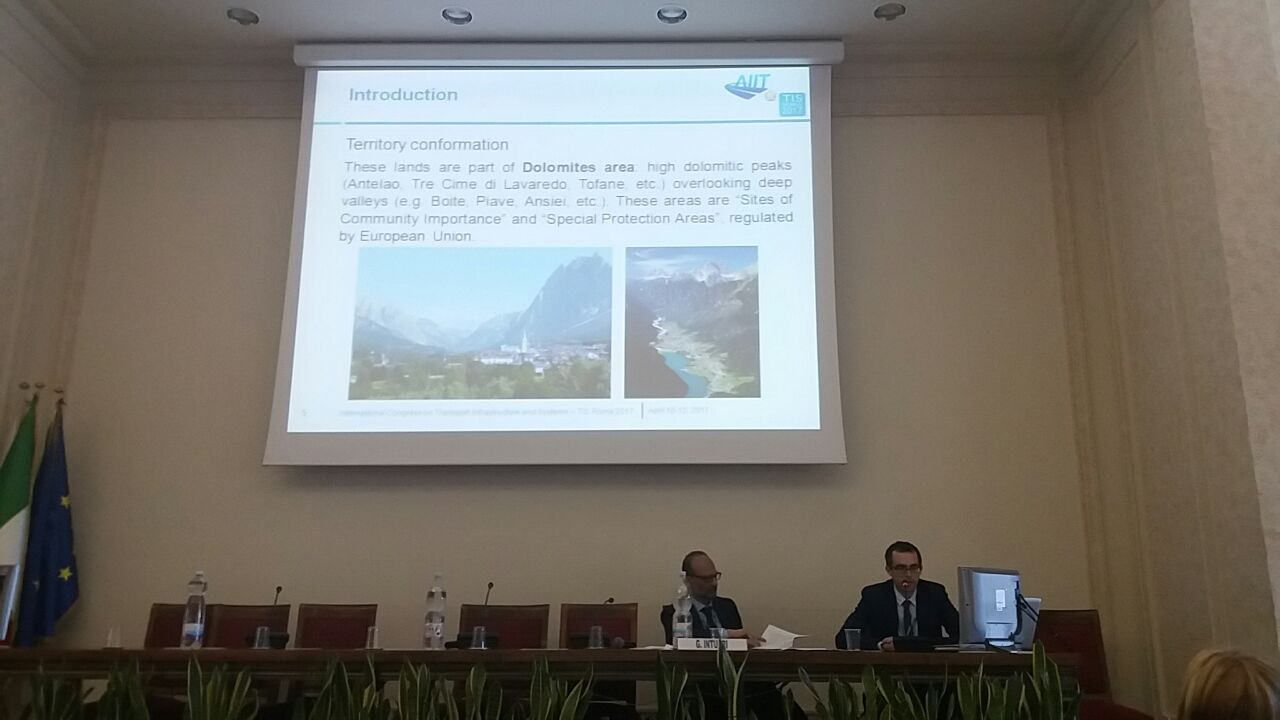 The Sustainable Railway Construction Practices were focused during this session chaired by professor Agostino Cappelli from IUAV University of Venice. The session also focused on experiences of restoration and rehabilitation of old or abandoned railway lines whose relaunch can be a very propulsive solution in a new social perspective.

Antonio Placido, Marco Marchesini and Vincenzo Cerreta – The importance of railways for developing countries. The feasibility study for the rehabilitation of the Mchinji to Nkaya rail line in Malawi / Malawi Railway Network has the potentialities to be a vital asset for the entire southern region of Africa, inasmuch as it is part of an international corridor connecting the Indian Ocean through the port of Nacala in Mozambique to the inner regions of the Continent. This work describes the traffic forecast, the infrastructure design, the operation and maintenance action plans, the environmental and social impact assessment, the multicriteria analysis as well as the cost benefit analysis culminating in a feasibility study report which identifies an optimal investment solution for the rehabilitation of the Mchinji to Nkaya rail section. It also highlights the strategic importance of the railway to support the fragile economy of Malawi and that of the neighbouring countries.

Francesca Pagliara, Luigi Biggiero and Fabrizio Menicocci – Social exclusion and High-Speed Rail: some evidence from three European countries / In the last decades, an important expansion of the HSR network has characterised Europe. Indeed several European cities and regions are served today by HSR and national agendas have planned significant extensions of the networks in the next decade. The objective of this study is to compare the current situation of non-HSR users in Italy, Spain and England in order to get evidence of the different users ‘behaviour. For this purpose, three surveys have been delivered to Italian, English and Spanish users of the transport systems for long distance journeys. The main result of the surveys has been that there’s an evident relationship between social exclusion and HSR especially, in terms of economic and geographical exclusion.

Francesco Alberti – The relaunch of branch lines as a territory project for the inner areas / In the National Strategy for Inner Areas (2012), improving accessibility is one of the priority axes of intervention, for this reason the presence of railways, may represent a strategic asset to activate revitalization processes, through the integration of regional and mobility policies, actions for social inclusion and actions for growth. On this basis, this research presents two projects of the Research Unit “SUP&R” (Sustainable Urban Projects & Researches) of the Department of Architecture of Florence for the Tuscan inner areas of Val di Cecina, and Garfagnana, in the Appennine Mountains, both characterized by the presence of old railroads now in decline, whose “smart” reuse – by mean of innovative services on the line and towards the stations – is the key element for “territory projects” aimed at the enhancement of their conspicuous local resources (heritage, landscape, agriculture, etc.).

Francesco Viola and Chiara Barbieri – The “form” of railways: between construction and regeneration of contemporary landscape / When the engineering works – made of industrial serial elements – are abandoned they gain a unique character becoming aesthetically interesting. Residual elements are also used in many fields of Contemporary Art to give them new life and new social functions through post-production processes and formal contaminations. These artistic techniques can be applied to reuse abandoned railways too. This kind of design strategy proposes the enhancement of railway architectures’ characters, thus avoiding a nostalgic reconstruction of their original form, but working on surviving elements and signs produced by time and looking for an integration between old and new. In this case, the relationship between elements, the sequences and rhythms by which they are placed along the paths crossing the territory, are far more important than the objects themselves.

Marco Pasetto, Giovanni Giacomello, Emiliano Pasquini and Andrea Baliello – Feasibility and preliminary design of a new railway line in the Dolomiti area of Veneto region/ Actual conformation of railway line in the Dolomiti area of Veneto region is not an efficient network to join the territory and serve the entire mobility demand.  For this reason a new railway line from Calalzo to Cortina d’Ampezzo passing through Auronzo could meet the provincial mobility needs, leading to a potential increase of induced traffic and thus improving the economical and touristic development of the area. Therefore, to take into account the environmental impact of the new railway line on this UNESCO Heritage Site, has been preliminarly designed a 45 km long single-track railway layout hypothesizing two passenger trains per hour and assuming a minimum speed of 80 km/h, a minimum bend radius of 300 m, a maximum longitudinal slope of 20 ‰ and gauge of 1435 mm, with a whole cost of 500 million Euros.

Agostino Cappelli, Gabriele Malavasi and Simone Sperati – Secondary or no longer used rail infrastructures: a new tool for the regional railway and land planning/ This research intends to demonstrate how the process of locationing and the development of the rail transportation supply could reorganize the growth of the demand in exploited areas by providing an innovative contribution on transportation planning using the Smart Regional Railway [SRR] System. Analyses were performed using the software Qgis on three railway lines with different levels of exploitation. Has been created a new index, called “Cross Section Space [Cross Section Spatial Index [CSSI]” which consider the way real estate value, namely depending on the distance from an efficient transportation system, and a model based on quantitative indicators of land use that optimizes the existing regional rail transport in areas where the current demand does not justify such action, but that, in the future, might play a leading role in the local development.

Davide Lo Presti, Maria Carmen Rubio, Paul Marsac and Gordon Airey – SUP&R ITN: an International Training Network on SUstainable Pavements and Railways/ The Nottingham Transportation Engineering Centre (NTEC) at the University of Nottingham, has shaped the Sustainable Pavements & Railways Initial Training Network (SUP&R ITN), a training-through-research programme within a consortium of 29 partners between universities, research centres and companies/industries, from five EU countries (UK, Italy, France, Ireland and Spain) and USA. The SUP&R ITN started at the beginning of October 2013 and will empower Europe by forming a new generation of multi-disciplinary researchers and professionals capable of conceiving, planning and executing sustainable road and railway infrastructures, and deliver long-term benefits.