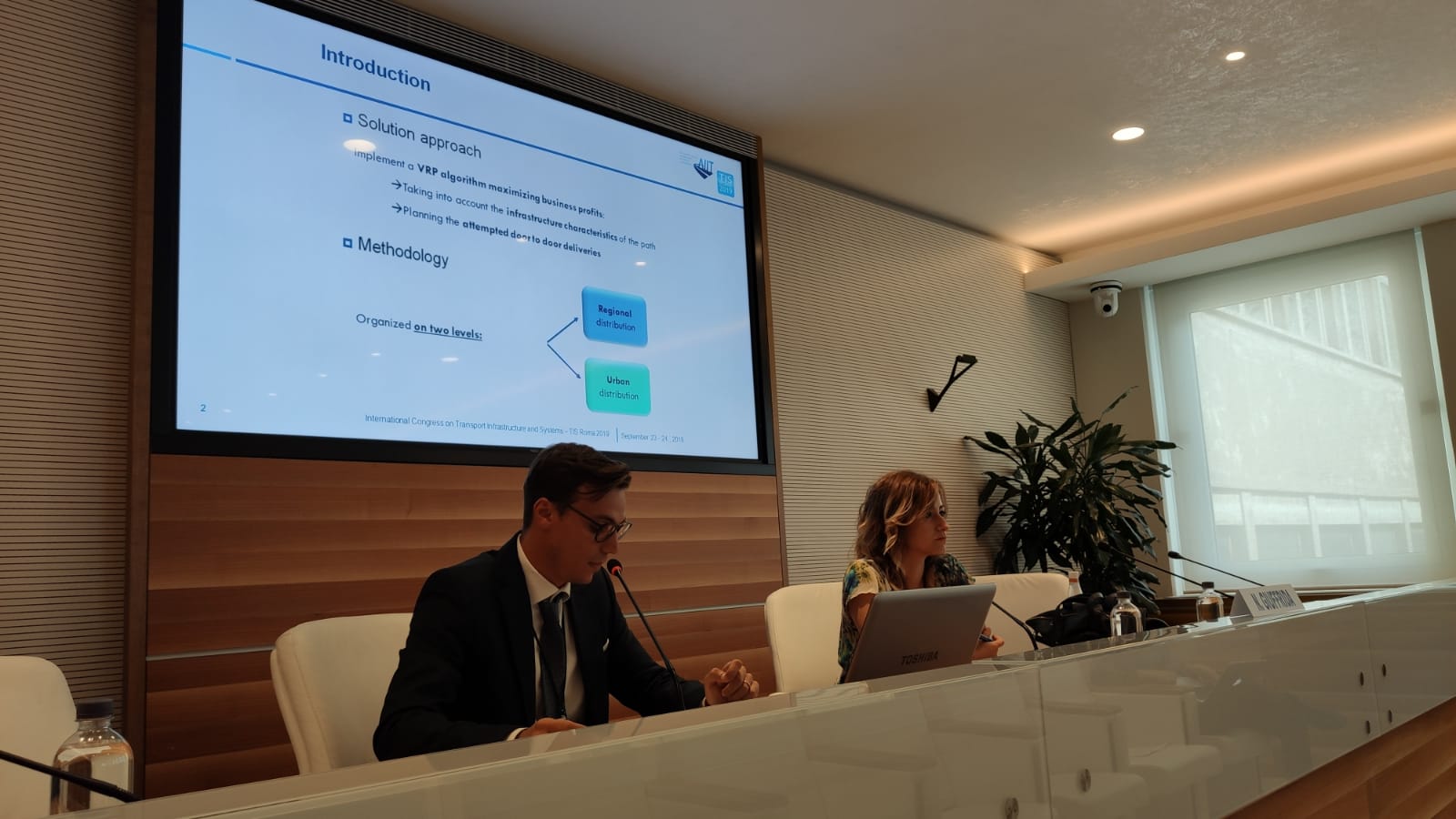 Paolo Budetta, Michele Nappi, Sergio Santoro and Giuseppe Scalese – Residual landslide risk affecting a stretch of motorway in the Campania region of Southern Italy / Most of 23,400 landslides inventoried by the IFFI (Inventario dei Fenomeni Franosi in Italia) catalogue in the Campania Region of Southern Italy, affect the road network causing severe damages, closures, economic con-sequences and, sometimes, injuries. The main encountered slope instabilities involving the roads include rota-tional and translational slides, flows and, to a lesser extent, rockfalls. The entire road network managed by the Province of Salerno develops for about 2,600 km involving, for the most part, intense morphological relief characterized by the outcrops of flysch and rock masses. It consists of three networks: motorways, primary, and local roads. In this paper, it has been analyzed the residual landslide risk conditions of a wide and steep slope crossed by a stretch of about 2.5 km of the provincial road Tirrena inferiore connecting Agropoli to Sapri. Some years ago, the road has been affected by rotational slides which caused severe damages to the piers of a viaduct and con-siderable road surface deformations, near a road junction. In order to enable the demolition and reconstruction of a part of the viaduct and the strengthening of the other part by means of a cut-off wall and gabions, the road was closed to traffic for several months. For the landslide stabilization near the road junction, several drainage wells were installed as well. Herein, the main geotechnical characteristics of the outcropping terrains and landslide hazard conditions of the slope, reconstructed on the basis of geognostic surveys, laboratory tests, inclinometer and piezometric as well rainfall data, are described in detail. Furthermore, by means of the installed inclinometers, possible residual movements of critical areas, involving the viaduct and the road, are periodically monitored. In order to com-pare deformation data carried out with traditional in situ instruments, satellite-based measurements (ERS, EN-VISAT data) were also acquired and conveniently processed. To conclude, inclinometer measurements allowed to ascertain that the landslide body moved very quickly, at least until October 2014. Unfortunately, in that time due to the failure of the inclinometers they ceased to be usable. The Cosmo-SkyMed data concerning about 70PSs, mainly located along the road, were used for the ground vertical movements starting from 2011, during a time span not covered by the inclinometers. For the time span for which both satellite and in situ measurements were available. DinSAR showed that a good correlation there is between the two used techniques. The entire set of available data shows a trend of the ground displacement from December 2013, with increasing values ranging between 3.5 and 12.6 mm. Unfortunately, the lack of the descending dataset not allowed the detection of the real vector of displacement of the landslide. However, it was possible to detect the exact date on which the sudden acceleration of the landslide body pointed out the beginning of the landslide reactivation in its paroxysmal phase.

Natalia Distefano, Salvatore Leonardi and Giulia Pulvirenti – Italians’ public opinion on road roundabouts: A web based survey / Roundabouts have been shown to provide significant safety and operational benefits. A better understanding of public perceptions of roundabouts is critical in order to assess the influence of the driving behavior on the safety of roundabouts. Research on user behavior and preferences can be a helpful tool in order to improve road safety and accident prevention. The aim of this study is to increase the knowledge of Italian users’ public opinion on road roundabouts. The authors determined national-level differences and assessed the correlations between socio-demographic variables (age, gender, occupation), the travel mode most frequently used and the perception of roundabout safety. The data were collected using a national web based survey. The total sample comprised 1.728 participants. An Ordinal Regression Method and a Correspondence Analysis were used in order to analyze the data.The results of this study show that the respondents’ were overall favorable to roundabouts. There are no substantial differences between the opinion of males and females. However, the results show that the judgment changes significantly in relation to some specific variables: the category of users most favorable to roundabouts is composed by 51 to 70 year-old men, while the category of users less favorable to roundabouts are the cyclists. This study also shows that web based surveys provide an efficient mean for collecting detailed data related to public opinion. evaluate thanks to a survey the general opinion of roundabout with general questions and safety perceptions. The results were not significant for some variable as age, region, … and not significant for the different users too (cyclists, drivers, …). The results show that in general, Italian people have a favorable opinion on roundabout even if for some categories we can note a difference. For exemple it’s considerate as less safe and functional as pedestrian and car transport and retained to be more safe and functional as men and motorcycle. The familiarity acquired with this type of intersection allows a general positive opinion about the presence of roundabout.

This study deals with downstream logistics of Liquefied Petroleum Gas (LPG) by tank trucks both at regional and urban level. The distribution problem is formulated as a capacitated Vehicle Routing Problem (VRP) with time windows. Its solution is based on a two steps procedure with the aim of maximizing the revenue of the logistic operator: 1) in the first step, the problem is solved at suburban level, where each delivery point represents a municipality in the study area. The employed objective function of the VRP has been conceived as to integrate the usual operating costs with aspects related to infrastructure characteristics of the used paths; 2) in the second step, door to door deliveries at urban level are attempted, taking into account the operating costs and the last delivery time for each potential client.

The method has been applied in a real case study based in the city of Perugia, Italy. Sensitivity analysis considering different values for the parameters regulating the relative weights of the objective function components has been performed.

Results show that the potential revenues for the operator can be doubled through the proposed optimization procedure. Moreover, explicitly taking into account that not all roads are suitable for vehicles transporting hazardous materials can increase the security of the distribution process, resulting in a  service cost increase of just +1.4% with respect to extant conditions. It was concluded that a methodology that performs route optimisation in downstream logistic of LGP taking into account the infrastructure characteristics of the road network and attempted for to door deliveries. The results of a typicall weekday show a potential profit of about 3.200 euros compared to a value of 1700 euro obtained disregarding the opportunity of performing attempted door to door delivery. Finally, the adaptation of weights for the geometric components inside the parametric distance computation leads to a maximum incidence on the potential profit of 1.36% for the horizontal curves, 1.11 for the slopes and 1.41% for the vertical curve.

Alex Coiret, Pierre-Olivier Vandanjon, Emir Deljanin, Miguel Ortiz and Tristan Lorino – Management of road speed sectioning to lower vehicle energy consumptions / Efforts to limit climate change should concern the transportation sector which is responsible for roughly a quarter of greenhouse gas emissions. Aside from vehicle’s technical progress and driver eco-driving awareness, road infrastructure has a role to play in this environmental aim. At the project stage, the design of roads can avoid energy losses linked to marked ramps, but afterwards, during the use phase, road management can be a lever too. In this use phase framework, our paper is focused on energy saving that can be achieved by managing speed sectioning. The key point is to ensure consistency between vehicle dynamics, road longitudinal profile and speed policy. Indeed, eco-driving could be impeded if a limiting speed sign is encountered on a steep slope or in a sharp turn. In such a situation the speed sign will be qualified as misplaced. Mechanical braking has then to be used instead of simple natural deceleration. In 2018 the French government lowered authorized speed on secondary roads, from 90 to 80 km/h, with road safety as the primary motivation. In order to assess energy impact of speed-sectioning for these two speed limits, experiments have been carried out in four experimental sites. Furthermore criterion and  dissipated energy computation have been developed. The developed energy computation yields to determine the expected fuel economy for the entire traffic over a day on a selected route or network. As a result, over consumption for a misplaced speed sign can reach up to 40 liters of fuel per day with an approaching speed of 80 km/h and 50 liters of fuel per day with an approaching speed of 90 km/h according to traffic data. Significant energy savings could therefore be achieved by sign placement optimization. At the end of the intervention was concluded that EASM criterion, rapidly usable by road managers to detect Misplaced Speed-sectioning Position (MSP)/Starting deceleration Point (SDP) and energy used in excess computed further quantity MSP impact. That’s also showed that with a 2000 vehicle/day trafic the misplacement of a single speed sign leads to over-consumption of 40/50 liters of fuel with an approaching of 80/90km/h. The new french speed regulation has a adventage in terms of energy saving so, we can conclude that energy optimisation methods should improve road safety too by lowering high deceleration requirements.

Giovanni Leonardi, Rocco Palamara and Federica Suraci – A fuzzy methodology to evaluate the landslide risk in road lifelines / The purpose of this study is identifying, through the fuzzy logic technique, the portions of the road SS106 Reggio Calabria – Bova Marina, considered like a “lifeline” in the metropolitan area of Reggio Calabria, subjected to landslide hazard. The mentioned infrastructure has a very low qualification level due to the old design and construction, other than to the land morphology. Its importance comes from its use since it is the only highway which could be considered important strategically for a probable emergency management. Thanks to the elaboration of thematic maps by PAI (Piano di Assetto Idrogeologico, 2001), made available by the Autorità di Bacino of Calabria Region, the landslide risk is evaluated by the combination of the software Quantum – GIS and by a hierarchical system at one level with two inputs and one output through Fuzzy Logic Toolbox in Matlab environment, where the input number corresponds to the linguistic variables (“Indicators”) and the output represents the “Level of Attention” evaluated for the considered infrastructure. Fundamental step of the process is analysing the importance of the road and considering it like a “lifeline” in case of catastrophic events (e.g. earthquakes, landslides, floods, etc). Through the presented model, it would be possible to identify the road portions subjected to landslide risk, classify them and understand how their damage and their reduced functionality would be a problem for the emergency management other than for the costs. To conclude, 11/14 analysed sections have a landslide risk level greater than or equal to 50%. The results are intended to be an integration to the assessment and information already provided by the PAI for the region Calabria. This results give indispensable information on the relative criticality of the different road sectors, thereby allowing attention and economic budgets to be shifted towards the most critical assets, where structural and non-structural mitigation measures could be implemented.