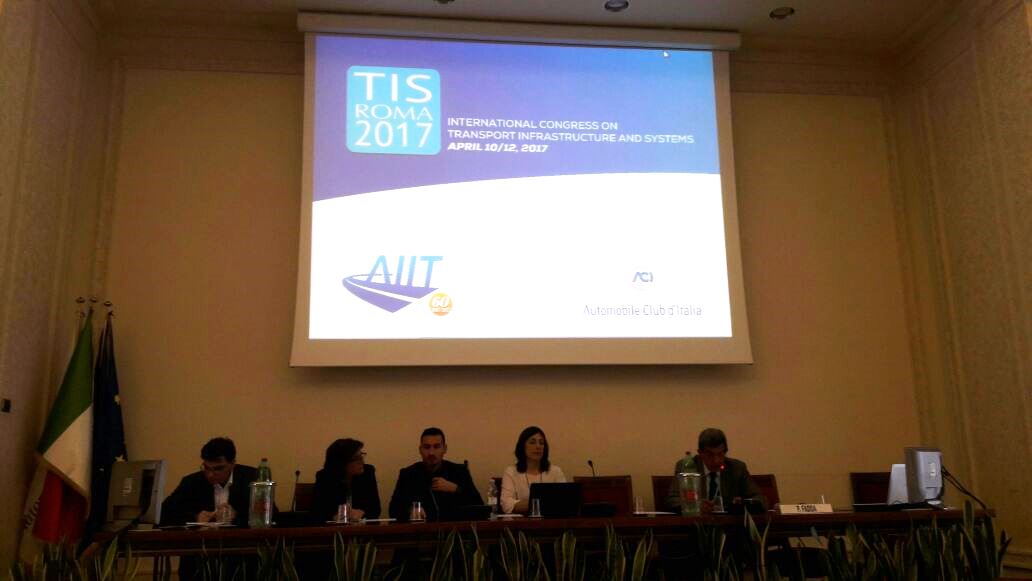 Nowadays sustainability is at the heart of transport strategies. How to improve transport sustainability was the main issue of the second session of the TIS International Congress. The session, chaired by professor Paolo Fadda, presented studies about the problems of energy consumption in modern transport system,  explored the new frontiers of car sharing policies, but also examined experiences regarding the rediscovery of ancient foot paths.

Ilaria Delponte – Monitoring the transport sector within the sustainable energy action plan: first results and lessons learnt / The Sustainable Energy Action Plan (SEAP), is a key tool for policies aimed at reducing fossil fuel consumption and GHG emissions, in accordance with the Kyoto protocol. To achieve an actual implementation of the SEAP and to obtain its expected targets, monitoring is a crucial component. SEAP monitoring has to look at both the progress of each single action and its global environmental effect, which requires more than one level of evaluation and controll. The research proposes an analysis of the case of Genoa SEAP (2010) and its monitoring process, recently concluded (2015), particularly focusing on transport sector and its goals. The activity implemented in the city of Genoa is a helpful test case for other cities addressing the same issues.

Fabio Galatioto, Claudio Salvadori, Matteo Petracca, Alessandro Pollini, Jesus Garcia Herrero and Maria Jose Santofimia – Smart cyber systems incorporating human-in-the-loop towards ergonomic and sustainable transport systems / From industrial need to better understand and predict human behav-iour when interacting with CPS, which so far has been mainly addressed for and from ad-hoc solutions, cames a new framework that using standardised engineering principles and methods for Human-in-the-Loop (HiL) when human interactions and feedback are considered in smart Cyber-Physical Systems (CPS). The proposed framework objectives will be achieved integrating in an adaptive In-ternet of Things system existing and new low-cost technologies, both on street and in-vehicle, with personal experience data coming from psychological, behavioural and physiological processing.

Carmine Aveta and Massimiliano Moraca – A cycling mobility study case: the european cycling challenge 2015 in naples / In May 2015, the City of Naples joined the fourth edition of the “European Cycling Challenge”, an event created to promote the bicycle as a sustainable transport. The event organizer, “SRM Reti e Mobilità”, provided an app where all citizens/cyclists could enroll and tracking their cycle trips: cyclist position (using GPS) and other details. These data have been utilized to evaluate, the cycling mobility in the cityand to understand how, when and where the cyclists have been using these paths. The final product of evaluatin has been disaggregated in two categories, the territorial evaluation and the temporal evaluation. The overall results registered over 7961 kilometers covered and 1308 registered trips, with an average trip length of 6,07 kilometers and a massive use of the “Waterfront cycle path” (“Via Francesco Caracciolo” and “Via Partenope”).

Ireneusz Celiński, Marcin Staniek and Grzegorz Sierpiński – Transport infrastructure capacity calculations using green travelling planner / The procedure for calculating the capacity of transport infrastructure are related to a single global measurement expressed in number of vehicles passing through the cross section of the road per time unit. According to the authors’ in the calculation of capacity of the transport network sections should be taken into account parity ensures efficient operation in terms of sustainable transport.  Researchers propose a method of determining the capacity of infrastructure using specialized travel planner called Green Travelling Planner, which is a partial result of the international project “A Platform to analyse and foster the use of Green Travelling options” (realized under the ERA-NET programme and co-financed by the National Centre for Research and Development). The proposed approach requires a measures change in the capacity calculation from vehicles unit to closer to human (the number of travelers). The proposed changes can also be used to reasonable determining of dedicated bus lanes in the road network.

Rocco Papa and Rosa Anna La Rocca – New forms of mobility for an alternative territorial fruition: the rediscovery of tourist foot paths / The definition of methods and tools aimed at supporting decision makers in identifying policies and technical interventions for both the tourist promotion and the safeguard of the existing resources system is one of the main target of town planning. This study proposes a method to characterize a network of “tourist foot paths” at regional as well as interregional level. The study considers also the possibility to design a technological platform enabling visitors to personalize the choice of the path they want to take. This method can represent a useful tool for the enhancement of alternative modalities of movement for the territorial fruition.

Stefano de Luca, Roberta Di Pace, Luigi Elia and Francesca Martire – Multimodal accessibility and the interest towards inter-urban carsharing services: a behavioural approach / Inter-urban carsharing can be more significantly affected by the transport modes available and by the supplied level of service. In this conceptual context, the researchers investigates the most effective attributes able to explain and measure the interest towards an inter-urban carsharing service. In particular that users’ interest significantly depends on the multimodal accessibility currently supplied and on the users’ mode choice behavior. To this aim, the interest in carsharing was investigated through an “ad-hoc” stated preferences survey and modelled through the calibration of random utility theory.